The structure of the atelier has stood for more than 200 years, and the 72 ceramic jars that hold 180 liters of indigo dye are used from the time the house was built 200 years ago.

Indigo was one of the most basic commodity in Japan, and the indigo workshop was where the farmers brought their harvested cotton to turn it into indigo cloth. There used to be 7 indigo shops in the small village of Mashiko, but as the time changed, Higeta workshop is the only one to remain.

They take a pride in the fact they are carrying on the tradition, and Master Higeta sees it as his mission to educate the next generation, as he actively takes on young apperentices in the workshop. Master Higeta is also an artist who practices in plant dying, as he cultivates various plants and flowers in his back garden to dye his cotton, which he also cultivates. He spins cotton and wool by hand and weaves using the traditional wooden machine. The handmade cloth is then dyed with various plant dyes and indigo.

At the Higeta workshop, they practice the entire cycle from planting the seeds, harvesting cotton, spinning and weaving it into cloth, dying and making it into the final product as a simple kimono or a purse, and selling it at the small space next to the atelier. 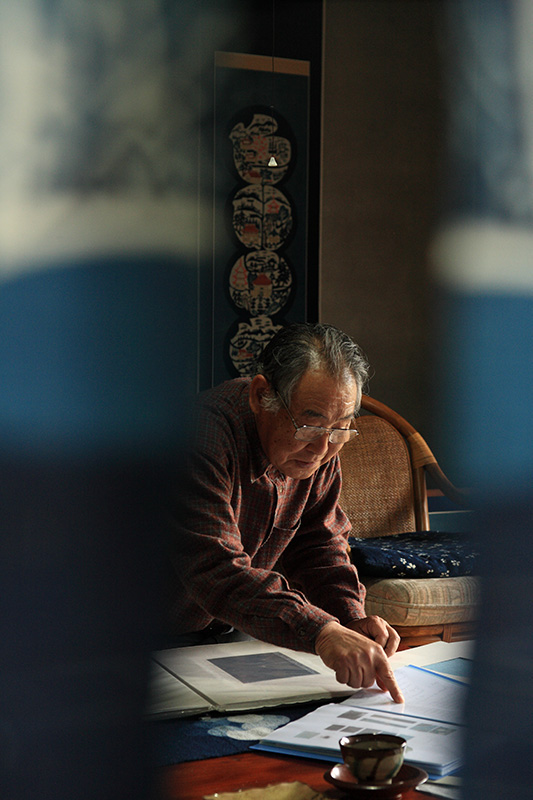 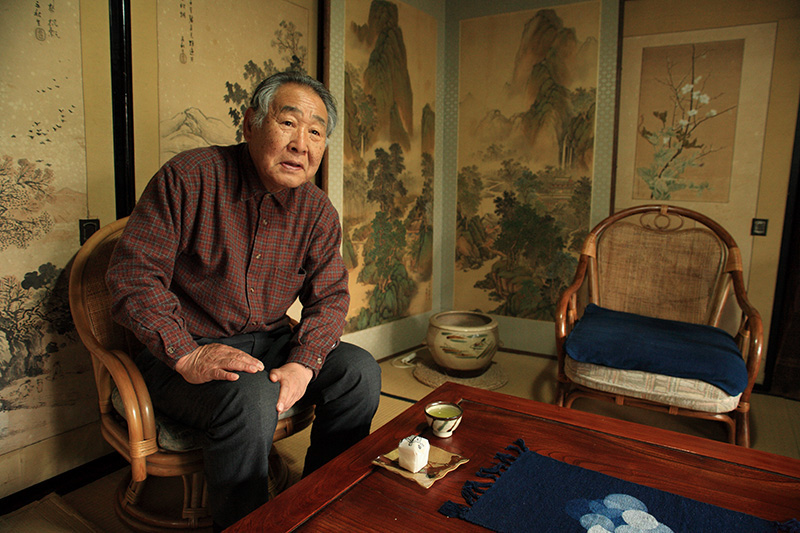 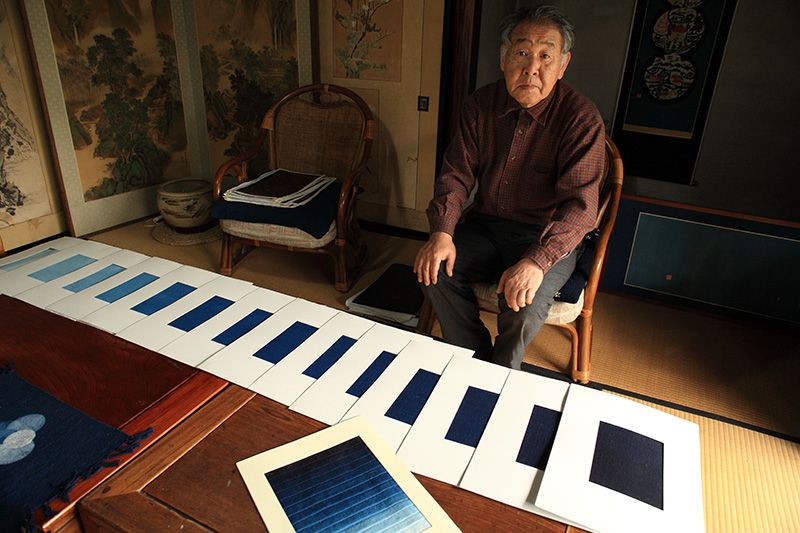 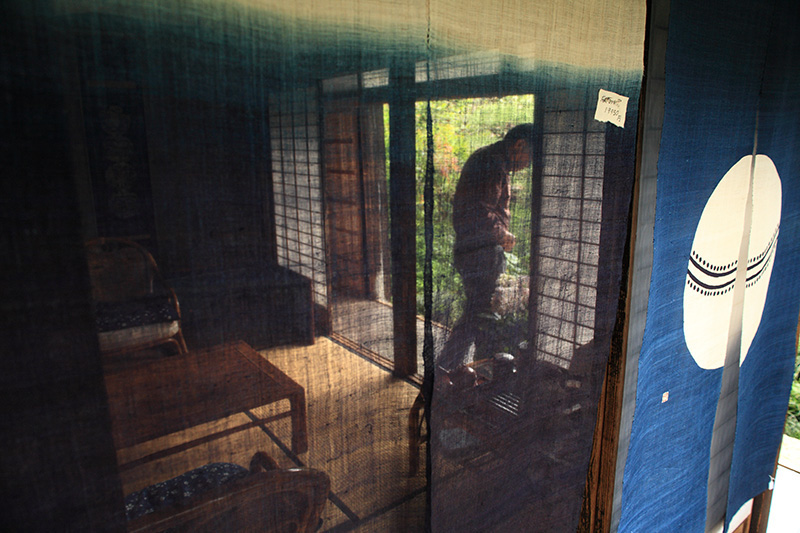 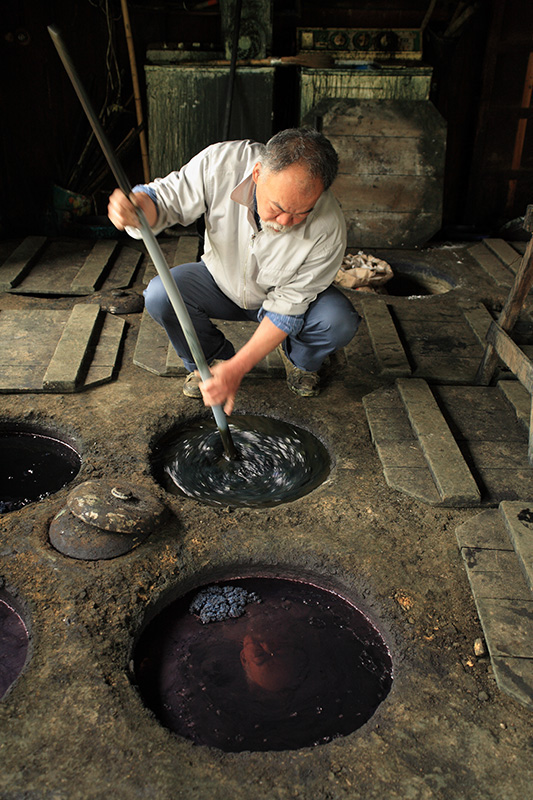 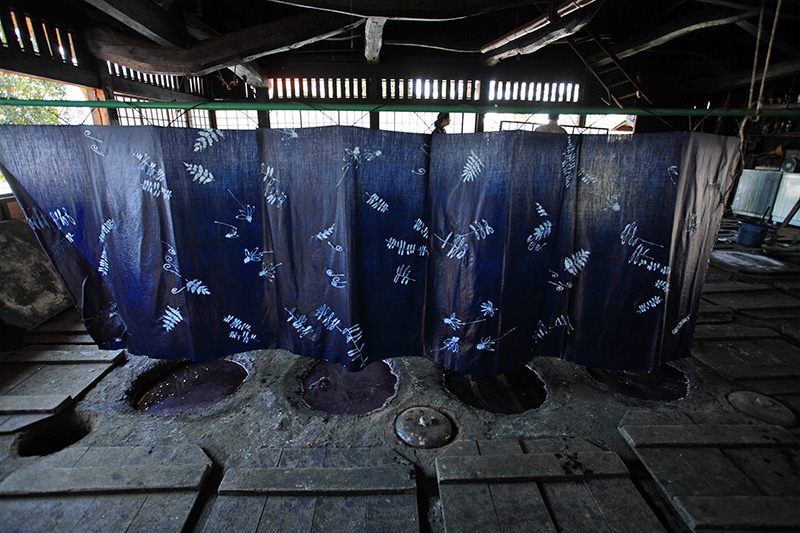 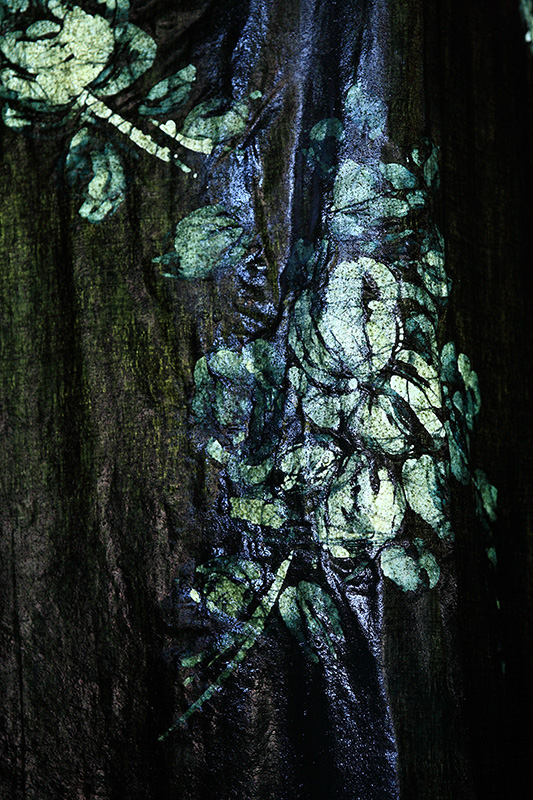 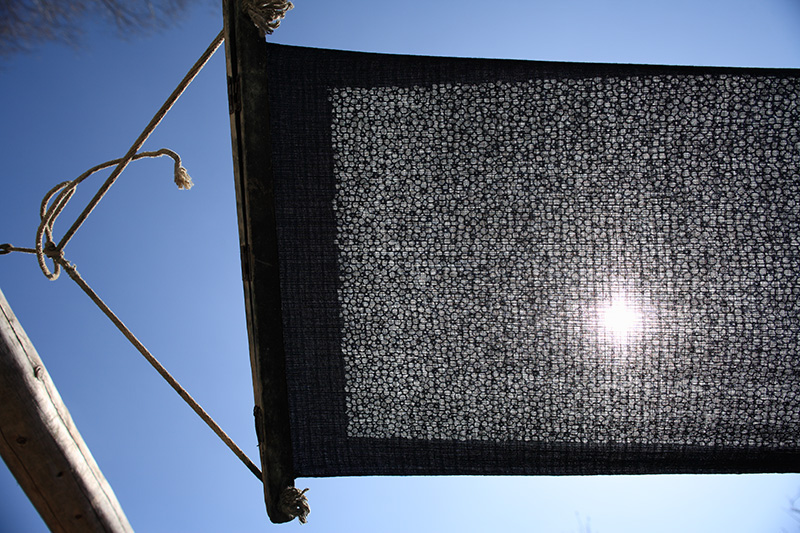 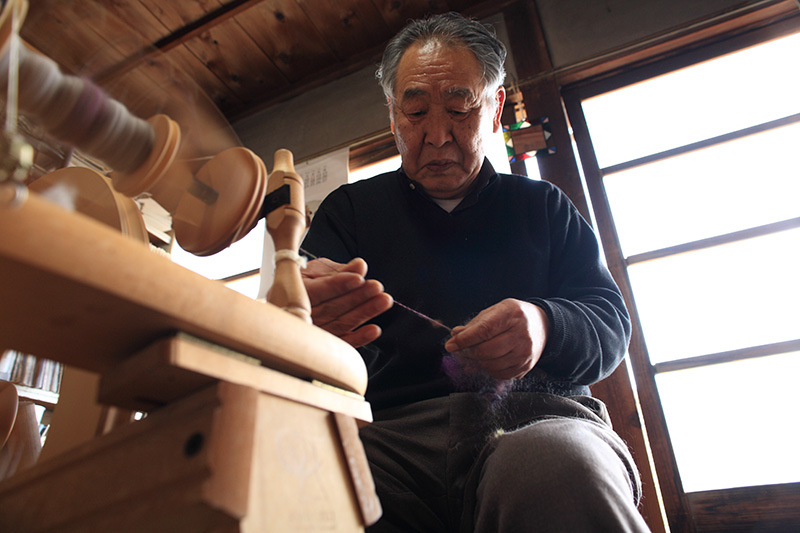 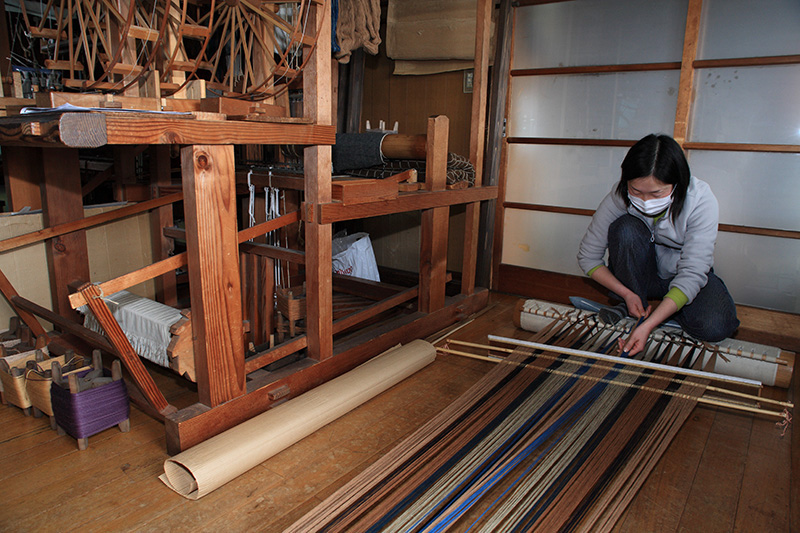 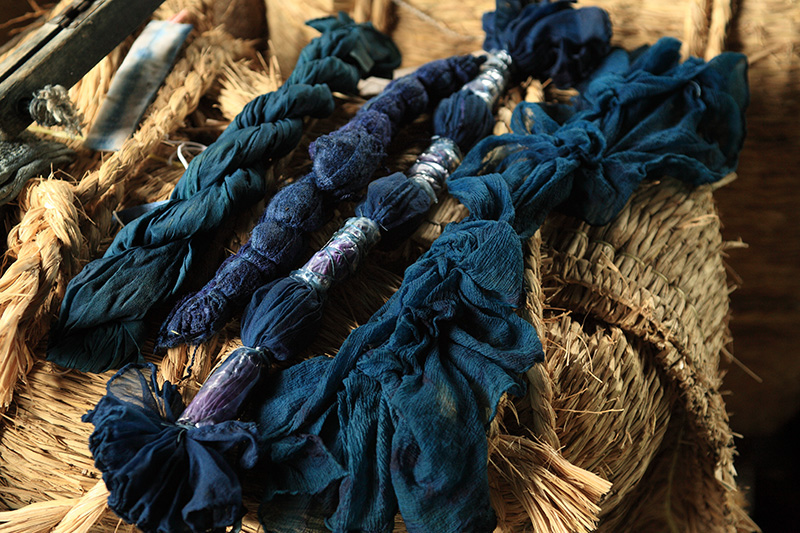 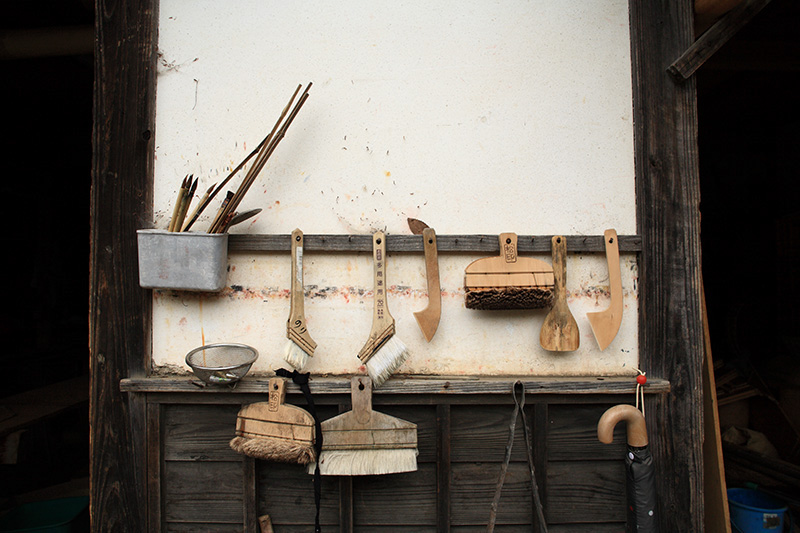 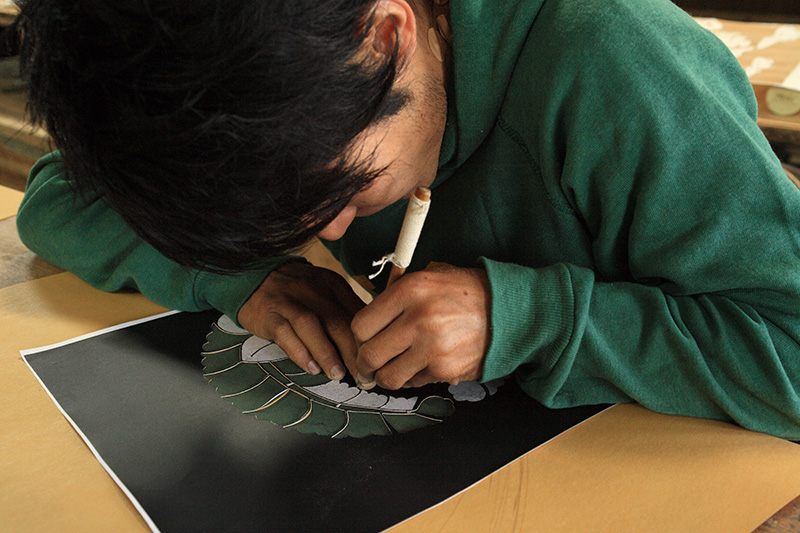 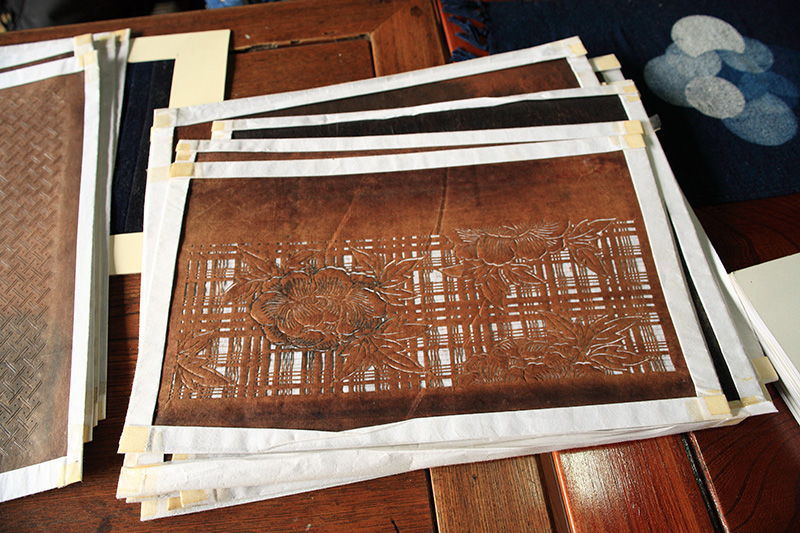 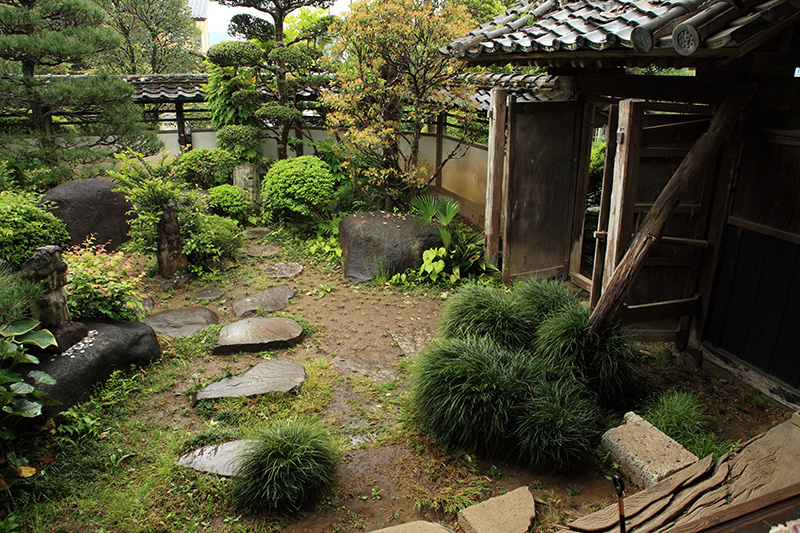 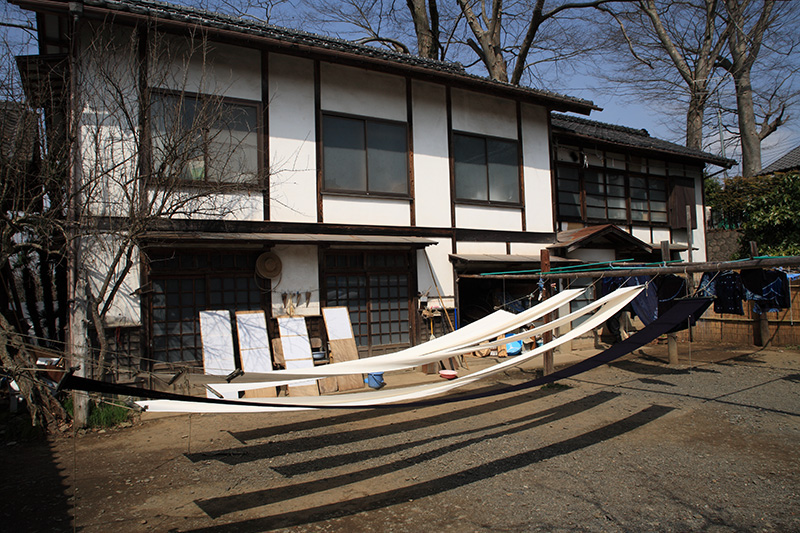